Please direct any inquiries of administrative nature to the Touhou Patch Center Tumblr page, as I'm no longer maintaining the project.

Aside from that, you're probably expecting some personal facts now. So... have a brief summary. 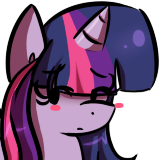 I once made the decision of getting into Touhou after having enjoyed Radiant Silvergun, having seen this legendary video and taking its Encyclopedia Dramatica article at face value. (That worldview later broke after I saw that the Touhou fandom in Germany consists mainly of 12-year-old girls...).

After having been "just another unremarkable Touhou fan" for one year, I made some cool stuff like Music Room Interface and the Touhou Vorbis Compressor. The former has become the de-facto standard tool for Touhou music ripping in the Western fandom. (If you haven't used it yourself, your newer OST downloads probably have its tagging scheme.) The latter hasn't done as well as expected, but still has found a niche audience.

I then "left the fandom" after waiting one year in vain for any good arrangement of Nemesis's Stronghold, which quickly had become my favorite Touhou theme ever after the release of Double Spoiler.

This disappointment led to a series of rants on the fandom as a whole at first, and later made me completely abandon most of my weeaboo ways altogether.

I still don't consider myself a Touhou fan these days. I have never cared about any characters or stories (that includes the quality of the translations on this site), and, as a matter of fact, don't care about those in any kind of media. I don't play the games anymore and stopped to listen to any Touhou music whatsoever in order to repress the painful memories mentioned above.

So why am I here?

I'm certainly not doing this project because I want to do this fandom a gracious favor. Given my history, it's just the most natural way to eventually satisfy my craving for e-fame and the sweet feeling of "being in charge".

OK, and maybe to pwn the current establishment.

And to remedy the "I am not Mauve" inferiority complex I still have, despite my past achievements.

If you're now shocked and think that a project with such motivations can't be trustworthy: Rest assured that these selfish goals can only be fulfilled if the project itself is executed at the highest possible level of quality. Just take the above-mentioned tools as an example for my dedication in this regard. It will definitely be a win-win situation in the end.

Despite my avatar, I'm not really a brony anymore - I stopped following the MLP canon and fandom in February 2012.

Plowing through that bloated mess that is Equestria Daily simply has become too grueling. I guess there was just so much awesomeness that it all turned into mediocrity. And I realized that hundreds of redundant remixes of Beyond Her Garden and Hush Now, Quiet Now are really no different from hundreds of redundant remixes of Septette for a Dead Princess and U.N. Owen was Her?.

There's nothing inherently wrong with MLP becoming mainstream. But this unfortunately meant that brony music has become an exact mirror of mainstream music, complete with the overabundance of dubstep. And guess what, there are other reasons I don't listen to that stuff besides the sexual initiation lyrics. Add to that the fact that the majority of musicians are pitiful loudness war victims (with Jackle App easily being the worst offender) and you have a fandom I'm ashamed to have been a part of.

Actually, I've never been that much of a part, since I always reduce the definition of "fandom" to "the productive part of a fandom". Oh, the irony.

... Damn, we should have a different term for that. But don't suggest something like "secondary", "primary" and "super-primary". Those have never gotten rid of their negative connotation.

With Touhou, the issue was a broken system. With MLP, the issue was people. Maybe I'll some day check out whether "that other fandom" always mentioned (that is, Homestuck) is any better.

Regardless, I continue to use the avatar because I think that the MLP fandom, and especially the character of Twilight Sparkle, can signify "maximum dedication" more than anything Touhou-related.

Since you're doing this project now... any chance that Music Room Interface and the Vorbis Compressor will be taken up again?

I'm not willing to continue the development of BGM-related tools for a fandom which sees music as a mere vehicle for their character memes. That said, there are some ways to show me that you've changed: